Internet provider Cox Communications has asked a Virginia federal court to rule that it’s not liable for pirating customers. The company points out that the evidence, gathered on behalf of the RIAA, is fatally flawed. The music companies., however, disagree and request a summary judgment that will hold Cox liable for the alleged infringements.

The ink on this agreement was barely dry when the ISP faced a similar and additional complaint. This time, it was up against 53 music companies, including Capitol Records, Warner Bros, and Sony Music.

The rightsholders complained that Cox categorically failed to terminate repeat copyright infringers and that it substantially profited from this ongoing ‘piracy’ activity. All at the expense of the record labels and other rightsholders.

A year later, thousands of pages of legal paperwork have been processed and the case is gearing up to a trial. However, if it’s up to Cox, there is little left to discuss there because the music companies’ evidence is fatally flawed.

A few days ago, the ISP submitted a motion for summary judgment, requesting summary judgment on several key elements. Among other things, Cox argues that it’s not vicariously liable or directly liable for any copyright-infringing activity carried out by its users.

Cox’s arguments are in large part directed at the proof the music companies have. Or to be more specific, the lack thereof. The company points out that the infringement notices, which were sent on behalf of the RIAA, are far from solid. In addition, the ISP says it never received any proper notices for more of the allegedly-infringed works.

“Plaintiffs’ claims suffer from a fundamental and fatal flaw: a distinct paucity of proof. They simply cannot prove their case,” Cox writes.

“In short, Plaintiffs seek damages for works they cannot prove were infringed, based on notices that did not identify fully 80% of those works. Moreover, they have no evidence that Cox knew about the infringement, obtained any direct financial benefit from it, or had the practical ability to prevent it, such that it could be secondarily liable.”

Cox’s arguments can be quite technical at times, and some pages are completely redacted, but there are some interesting observations.

For example, the company argues that the file-sharing evidence from BitTorrent users can’t prove that any subscriber actually distributed the infringing files. The evidence, provided by BitTorrent tracking outfit MarkMonitor, only ‘shows’ the metadata of a file in possession of a subscriber, matches that of a copyrighted track.

Another issue Cox raises is that for many of the claimed infringements in the suit, Cox never received a single notice.

“Although Plaintiffs seek damages for alleged direct infringements of 7,057 sound recordings and 3,421 compositions, the RIAA Notices for recordings sent during the Claims Period contain only 1,998 unique Title and Artist combinations.”

Based on these and a variety of other arguments, the ISP requests summary judgment. This means that, if granted, these will no longer be contested at trial.

However, the pendulum, in this case, can swing the other way as well. The 53 music companies also filed a request for summary judgment. They ask the court to rule that Cox is contributory and vicariously liable for its pirating subscribers.

The companies wave away any concerns and say that Cox willingly kept pirates on board to increase its profits.

“[T]he record is clear that Cox had knowledge of its subscribers’ blatant infringement of Plaintiffs’ works and nonetheless assisted them with it. By consciously continuing to provide Internet service to known infringers, while ignoring its own copyright policies as written, Cox materially contributed to that infringing activity, and reaped substantial financial benefits as a result,” their request reads.

“Accordingly, summary judgment should be granted holding Cox liable for contributory infringement and vicarious infringement, and the Court should reject its frivolous defenses.”

Both sides’ arguments directly oppose each other and it will be up to the US District Court for the Eastern District of Virginia to determine if it grants any of the motions. If the Court grants neither motion, it will be up to a jury to decide during trial.

A copy of Cox’s motion for summary judgment is available here (pdf) and the music companies’ motion can be found here (pdf). 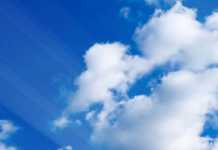 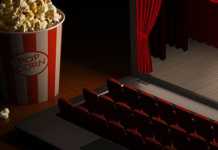 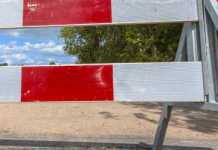 THE BEST KODI BUILD FOR JANUARY 2020